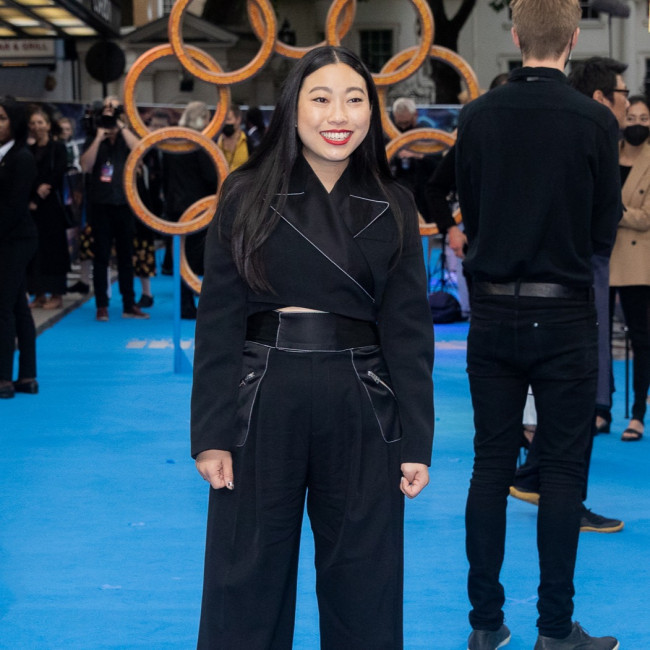 Awkwafina admits it's an "honor" to work with Michelle Yeoh.

The 33-year-old star previously worked alongside Michelle on the 2018 hit 'Crazy Rich Asians', and she's thrilled to have reunited with her to make 'Shang-Chi and the Legend of the Ten Rings'.

She shared: "In this movie, to work with people that you've watched growing up and especially her - someone who has really taken on only really, really strong female roles her entire career ... that really had influenced me growing up. So yeah, it's an honor."

Awkwafina actually admitted to being anxious about approaching Michelle, 59, when they were both working on the set of 'Crazy Rich Asians'.

However, their relationship has come a long way since then and Awkwafina now considers her co-star to be a friend.

She told HeyUGuys: "It's such a pleasure to be in the presence of someone such as Michelle Yeoh. We did 'Crazy Rich Asians' together but I ... I felt even nervous to approach her. But she's very warm in real life and we've become friends."

'Shang-Chi and the Legend of the Ten Rings' also stars the likes of Simu Liu, Fala Chen, Florian Munteanu and Benedict Wong.

Awkwafina - who plays Katy, a hotel valet and Shang-Chi's close friend - revealed that making the new Marvel movie and working with the film's cast was a "joy" for her as an actress.

Speaking about her on-set experience, she shared: "It was definitely a joy, because ... she feels fun. And you know, the cast was great and yeah, I definitely enjoyed myself."