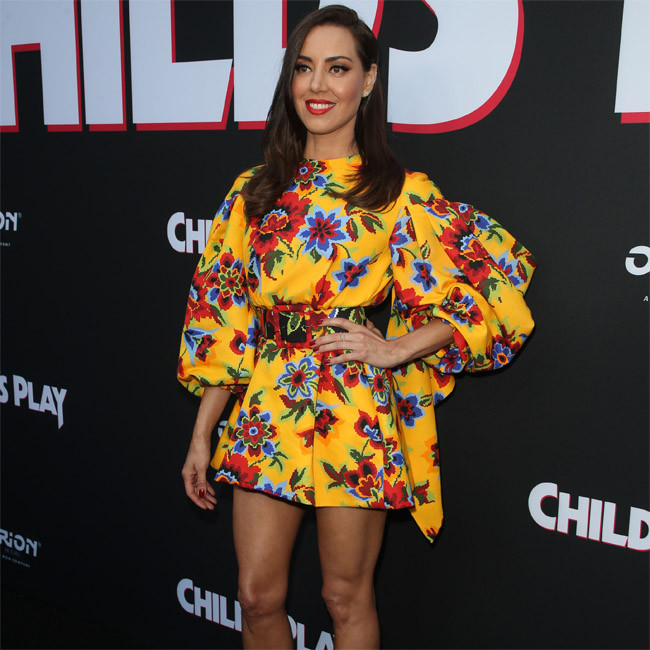 Aubrey Plaza has teamed up with Jason Statham and Guy Ritchie in a new thriller.

The 36-year-old actress will star alongside Jason in the untitled project, which previously had been called 'Five Eyes'.

The movie centres on Jason as MI6 agent Orson Fortune, who is recruited by a global intelligence alliance to track down and stop the sale of a deadly new weapon that threatens to disrupt the world order.

Fortune is reluctantly paired with CIA high-tech expert Sarah Fidel as he sets off on a globe-trotting mission where he will have to use all of his charm, ingenuity and stealth to track down and infiltrate billionaire arms broker Greg Simmonds.

It is not yet confirmed which character Aubrey will be playing in the movie.

Guy will be behind the camera on the new flick that has been written by Ivan Atkinson and Marn Davies. The pair previously worked alongside Ritchie on 'The Gentlemen'.

Aubrey is currently appearing in the festive movie 'Happiest Season' as Riley Bennett and director Clea DuVall knew that audiences would like her character.

The filmmaker told Variety: "I don't think you ever really think, like, everyone's gonna fall in love with something. I didn't think about that.

"I knew that people would love her in the movie. I knew she was amazing. And yeah, she's a babe!"

Aubrey will next be seen on screen in a leading role in the comedy-drama 'Black Bear'.