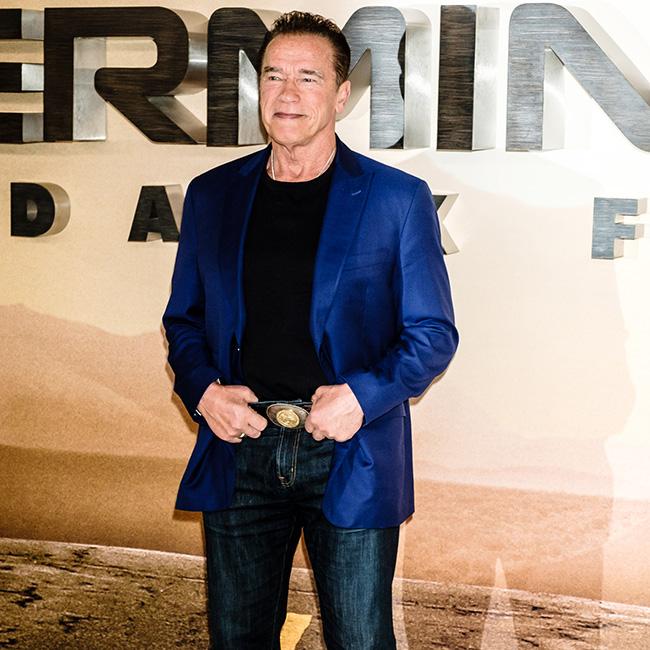 The 'Terminator' legend's ex-wife Maria Shriver warned him about the steamy scene, but the Hollywood legend - who also has Katherine, 30, Christina, 28, and Christopher, 22, with the author - says it was still "wild" to watch.

Heaping praise on Patrick landing the starring role in the upcoming mystery/thriller 'Daniel Isn't Real', his 72-year-old dad told Fox LA: "His acting was so extraordinary, he's so talented and all of a sudden there's this sex scene all of a sudden.

"I remember my [ex] wife called me the day [and] she said, 'I just saw Patrick's movie. It's unbelievable, and I'm sitting there and he didn't tell me anything about it and all of sudden there's his naked butt there having a sex scene.'"

He added: "It's really an experience and a half.

"He's really working his way up and getting the starring roles."

Arnold - who also fathered a son, Joseph, now 22, with their housekeeper - added that he is "proud" of all of his kids.

Meanwhile, Patrick previously said he'd like to star alongside his father in a movie one day.

And Patrick is looking to prove he does't just have a famous name and is a talented actor in his own right and so at the moment he wants to avoid working with his dad - but one day he hopes they can appear on screen together.

He said: "Nothing's easy in this life. My dad can tell you that firsthand. Lots of roles I haven't gotten but I don't complain. I just work ... He's very supportive. This moment I'm deliberately veering away from my dad. Not trying for any of his movies. Hopefully one day I can be with him, but for now I'm doing what's called working your ass off."