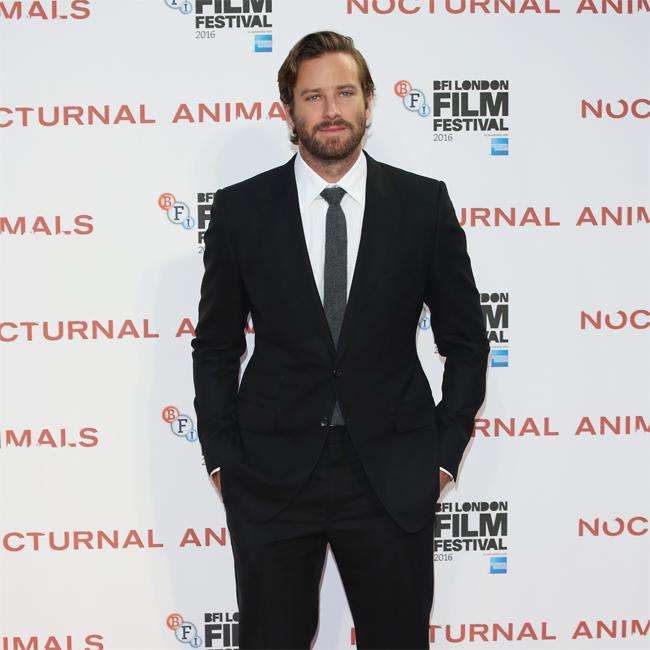 Armie Hammer lied to Sir Kenneth Branagh to land his role in 'Death on the Nile'.

The actor-and-director visited the 34-year-old star at his Broadway show 'Straight White Men' to talk about the possibility of him playing Simon Doyle in his latest Agatha Christie adaptation, a role which needed an English accent, which the American hunk quickly promised he was able to do, despite never having attempted it professionally before.

Armie recalled to Total Film magazine: "Ken came backstage and he asked, 'Hey, can you do an English accent?' I was like, 'F*** yeah, I can. Easy!' Typical actor response - I'd never done an English accent professionally in my life.

"Then a couple of days later, my agent gets a message from Ken that says, 'I would love to hear Armie's English accent.' My agent called me, 'Do you have an English accent?' And I was like, 'Um, I'm about to get one, real fast...' "

But Kenneth insisted it was never something that worried him.

He said: "Actors, on the whole, don't say they can do something if they can't. You've got a very public place to fall on your face, you know?"

Gal Gadot plays Armie's on-screen new wife Linnet in the film, and the director was very impressed by their chemistry.

He said: "Armie has this similar ability to Gal to be detailed, real and natural. They both can manage, somehow, to survive their movie-star looks, you know? It doesn't seem to limit them or confine them.

"And then they seem to have a really, really strong chemical combination, which you don't always find with actors."

For the 'Wonder Woman' star, she's now Kenneth's "biggest fan" because she had such a great working experience.

She said: "Linnet's very different than any other character that I've played before. And, I've got to say that, above all, I really was looking for the right opportunity to work with Kenneth.