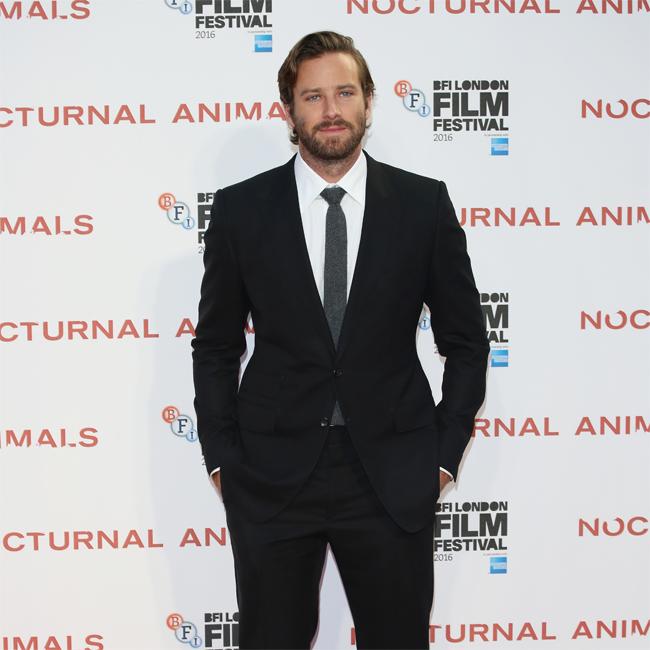 Armie Hammer is bored of playing the 'straight guy'

Armie Hammer is bored of playing the "straight guy" in movies.

The 33-year-old actor admits he is swamped by offers of stereotypical roles which would see him play the regular relatable male lead on the big screen but he is now at a stage in his career where he wants to do more character acting.

In an interview with SFX magazine, he said: "I don't get asked very often to play characters. More often than not I get asked to play the straight guy - you're the charming one, that kind of stuff. As an actor you really get to relish playing a character that's so different from yourself; getting to play a role where you get to be a little off-kilter it's a lot of fun."

Armie can currently be seen in new Netflix psychological horror film 'Wounds', in which he portrays bartender Will who has his life turned upside down by a chance incident one night at the bar he works at.

'The Man from U.N.C.L.E.' actor stars in the film with Dakota Johnson and he admits he was attracted to the role because Will is an "empty vessel" whom he could fill with his own ideas for the character as well as being excited to work with the director Babak Anvari.

He said: "Babak Anvari is the director of 'Wounds'. He's Iranian but he's London-based. He won a BAFTA for his first film, 'Under The Shadow'. It was an amazing movie set in the Cultural Revolution in Tehran - a really good horror movie. This is his second film.

"I play Will, who is a bartender and is sort of in a dead-end job. He's a vacuous shell of a man who has given up on life. For all intents and purposes, he is an empty vessel. The thing about an empty vessel, allegorically speaking, is that it's very easy to get filled up with things out of your control.

"I would say it's less surreal than 'Sorry To Bother You', which I did last year. That movie was magical surrealism. This was just ... I think the best word for it is eerie."