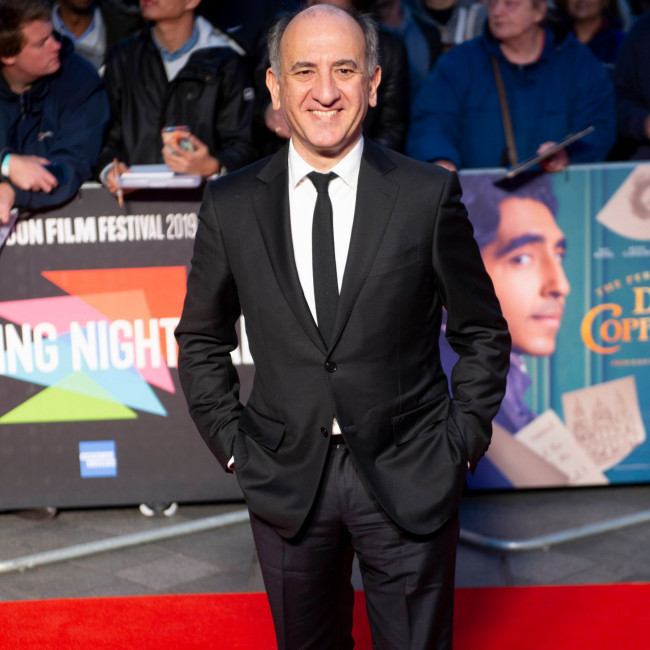 Armando Iannucci wanted to make something "joyful" with 'The Personal History of David Copperfield'.

The 56-year-old writer and director helmed a take on Charles Dickens' novel 'David Copperfield' and revealed he wanted to work on something cheerful after working on bleak satires such as TV series 'Veep' and the film 'Death of Stalin'.

Armando said: "When I re-read 'David Copperfield', I realised how kind of intimate and personal and contemporary it felt. I just instantly felt I wanted to make it, really.

"And I felt I could make it resonate with how we think about ourselves now. David is very much trying to work out who he is and paranoid about whether he's accepted in whatever circle he moves in. It seemed very relevant.

"After doing 'Veep' and then 'Death of Stalin' – which was very the other way, it was very bleak – I felt I wanted to make something that felt hopeful and optimistic and joyful, really.

"So maybe it's just a question of how I've been feeling over the last two or three years, just instinctively how I wanted my next thing to be."

Armando also revealed how he was able to assemble an all-star cast for the project – including Dev Patel, Tilda Swinton and Hugh Laurie.

In an interview with Collider, he said: "I love working with ensembles. Obviously in this film Dev Patel is practically in every scene in it. He's front and central, but we always knew it would be an ensemble piece in terms of all the many characters around.

"I think building up the ensemble slowly ... Obviously, we started with Dev and then we say, 'OK, who's going to be Betsey and Mr. Dick?' So once we have Tilda in place, we go, 'OK, so who then is going to be Agnes?'

"What I don't do is send all the parts out to 20 different people at once. I cast one or two parts, then think who would make the best compliment for those two or three people."