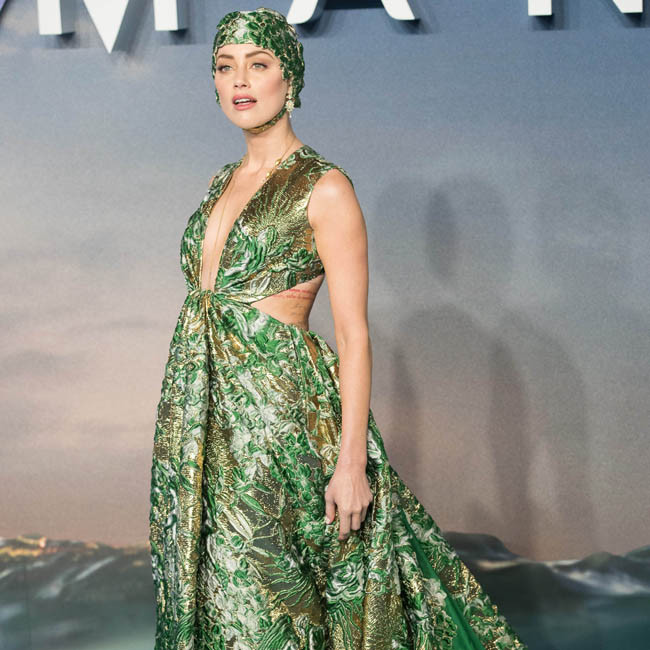 The 35-year-old actress has been embroiled in legal battles with former husband Johnny Depp and a social media campaign from fans of the 'Pirates of the Caribbean' star called for her to be removed from the role of Mera in the upcoming 'Aquaman and the Lost Kingdom'.

Peter has insisted that Amber's removal from the flick was not an option as they wanted to do "what's best for the movie".

Speaking on the Deadline Hero Nation podcast, he said: "I don't think we're ever going to react to, honestly, pure fan pressure.

"You gotta do what's best for the movie. We felt that if it's James Wan, and Jason Momoa, it should be Amber Heard. That's really what it was."

Peter continued: "One is not unaware of what is going on in the Twitter-verse, but that doesn't mean you have to react to it or take it as gospel or accede to their wishes.

"You have to do what's right for the film, and that's really where we landed on it."

Amber had previously responded to calls to axe her from the movie by saying the project wouldn't be affected by social media protests.

She said last year: "Paid rumours and paid campaigns on social media don't dictate (casting decisions) because they have no basis in reality... Only the fans made 'Aquaman' and 'Aquaman 2' happen. I'm excited to get started next year."

The new 'Aquaman' movie is slated for release next year with Jason Momoa reprising the title role.