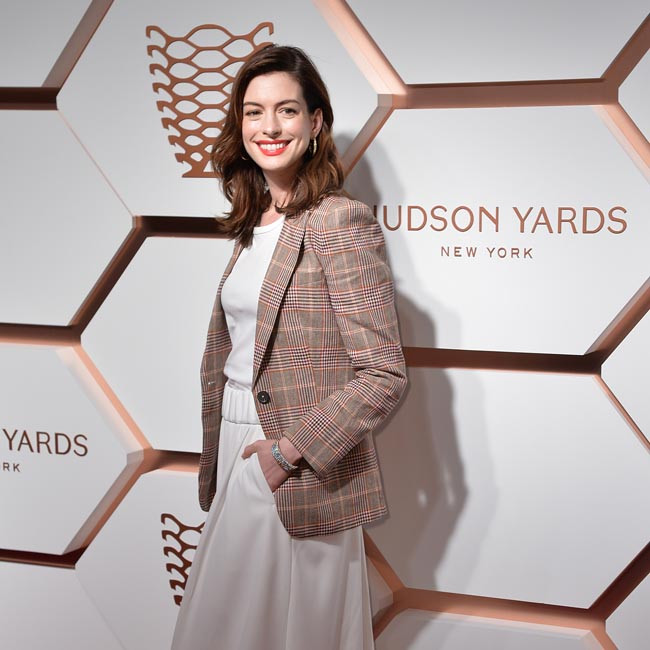 Anne Hathaway: Witches off limits for my kids

Anne Hathaway doesn’t want her sons to watch ‘The Witches’ until they’re 30.

The 38-year-old actress underwent a dramatic transformation to portray the Grand High Witch in the new adaptation of Roald Dahl’s classic tale, and she’s worried Jonathan, four, and 13-month-old Jack – her kids with husband Adam Schulman – would “freak” if they saw her.

She joked: “Everybody else's children can see it but my kids can't see this movie until they're like 30 because every time I smile they're just going to freak."

Anne admitted her transformation was “shocking” and even though it took her several hours to get into character, she enjoyed the prosthetic process.

She said: “It was quite a shocking transformation with so much latex make-up. "I would take as long as five hours to do the whole thing.

"I had to have fingers glued on and the headpiece started at my eyebrows and went all the way down my neck and onto my back. It was pretty fun.”

The Oscar-winning star was pleased to have a lot of input into her character.

Speaking to HELLO! magazine, she explained: “I would go to Paula, my make-up person, and be able to say, 'Hey sweetie, do you think you could make me a wig that kinda looks like a water buffalo? She just went, 'Yeah I can try.' She pulled it off.

“Then my dialect coach helped me find all those really weird sounds I make. It was all a collaboration like that.

“We had Joanna Johnston doing our costumes and I don't think that it would have been as believable without her. She came with these fantastic ideas that were so diva-like and detailed. I just loved it."