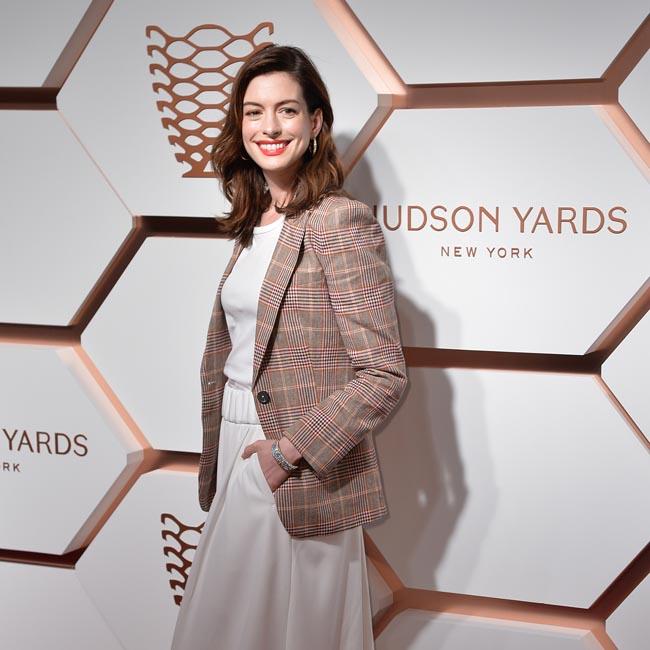 Anne Hathaway is in talks to star in 'Lockdown'.

The 37-year-old actress is thought to be moving closer to joining the cast of Doug Liman's new movie, for which Steven Knight has penned the script.

Sources have told Deadline that the romantic comedy will be set against a pandemic lockdown background.

Cillian Murphy had also been linked to the project, but such talk is said to have gone quiet.

The motion picture is thought to have a budget of less than $10 million, and is to be funded by Stuart Ford's AGC Studios.

P.J. van Sandwijk and Alison Winter will produce the movie, which is expected to start shooting by the end of September.

In June, it was revealed Hathaway had signed up to star in Aaron Schneider's new canine comedy 'Bum's Rush', alongside Bill Murray and Robert Duvall.

The film will focus on the relationship between Pearl (Hathaway) and stray dog Bum, who will be voiced by Murray.

One of Hathaway's most memorable roles came in 2012 movie 'The Dark Knight Rises' when she starred as Catwoman.

But the actress didn't do much sitting down in between takes, because she revealed director Christopher Nolan "doesn't allow chairs" on his film sets.

She recently said: "He doesn't allow chairs, and his reasoning is, if you have chairs, people will sit, and if they're sitting, they're not working.

"I mean, he has these incredible movies in terms of scope and ambition and technical prowess and emotion. It always arrives at the end under schedule and under budget. I think he's onto something with the chair thing."