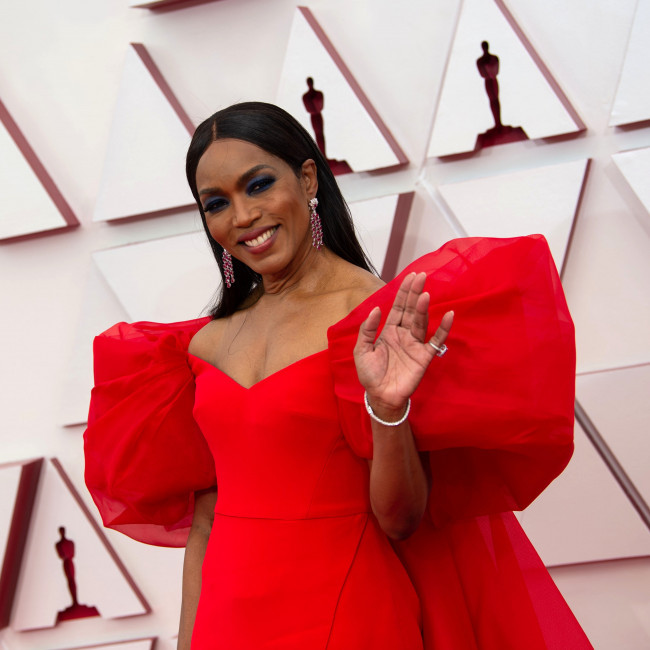 Angela Bassett is confident that 'Black Panther: Wakanda Forever' will honor the legacy of Chadwick Boseman.

The 62-year-old actress played Ramonda, the mother of Chadwick's superhero T'Challa/Black Panther, and says it will be a challenge to surpass the success of the original 2018 movie but she believes in the cast and crew.

The star adds that she has faith in director Ryan Coogler to make the movie successful despite the challenges posed by the tragic loss of Chadwick – who passed away at the age of 43 last August after a private cancer battle.

Angela told Us Weekly magazine: "But if there's any chance of it being great, I think we have (that with) Ryan Coogler, a visionary, a writer, director and... the creative team that he surrounds himself with, whether it's the DP or the costume designer or the producers."

The 'Black Panther' sequel is slated for release in 2022 and Angela insists that the flick will be "phenomenal".

Angela first met Chadwick long before they worked together on the Marvel Cinematic Universe film and says that the late star was capable of turning his talents to anything.

She recalled: "He could do anything he put his mind to. He could rap, he could dance like James Brown. He could hold the center of a movie (as) the cinema's first black superhero. He could do it all and he can inspire us to live our best."