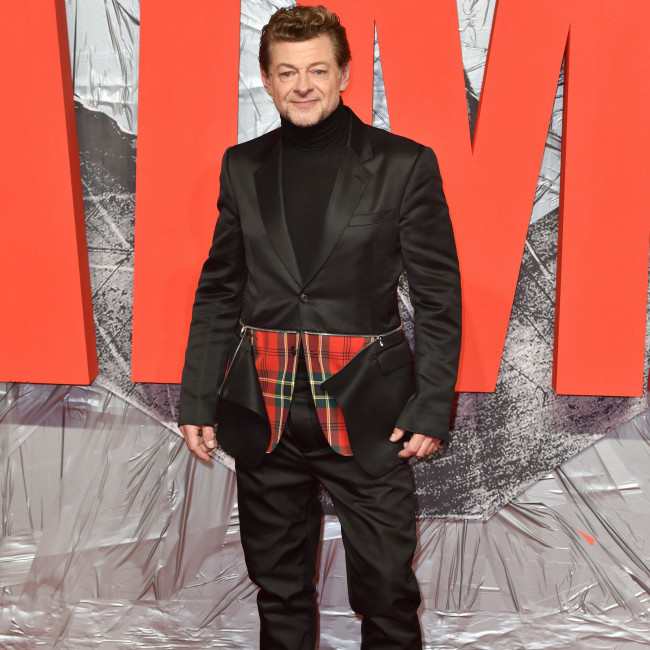 Andy Serkis wants 'The Batman' to be recognised at the Oscars.

The 57-year-old star plays Alfred Pennyworth in the new superhero blockbuster, which he describes as a "piece of art", and believes it deserves to be nominated for top prizes at the Academy Awards next year.

Speaking to The Hollywood Reporter, Andy said: "The artistry that is in the movie, the level of precision that is in the design and cinematography – it's a piece of art, but also a story that speaks to millions of people. I think it is time that the Academy supports movies of this scale.

"The stories are reaching the biggest audiences globally. They may not be the small art house movies that feel worthy, but in this case, the story is as compelling and powerful as anything that I can think of this year.

"I think this is a growing understanding that these films, which are the stories of our time and speak to such a wide range of audiences, need to be supported and awarded."

Andy revealed that he had a lot of input to Alfred's appearance as he wanted Bruce Wayne's butler to remain sharply dressed.

The 'Lord of the Rings' actor said: "The cane was written, Matt wanted to suggest that he had been retired from the military, and I suggested the facial scars.

"The costume was collaborative. I really wanted that, despite the fact that Wayne tower is falling apart, Alfred is holding on by having firm, sharp attire."

Serkis also discussed the relationship between his character and Robert Pattinson's Batman and suggested that the former soldier is "out of sorts" in Matt Reeves' movie.

He explained: "Alfred is very much out of sorts. Being a military man, he is used to rules and regulations, structure and precision. I wanted him to have that military solidarity in the way he dressed and carried himself, which is ruffled with Bruce's nihilism and refusal to listen to him anymore. It's a relationship built on shifting sands."