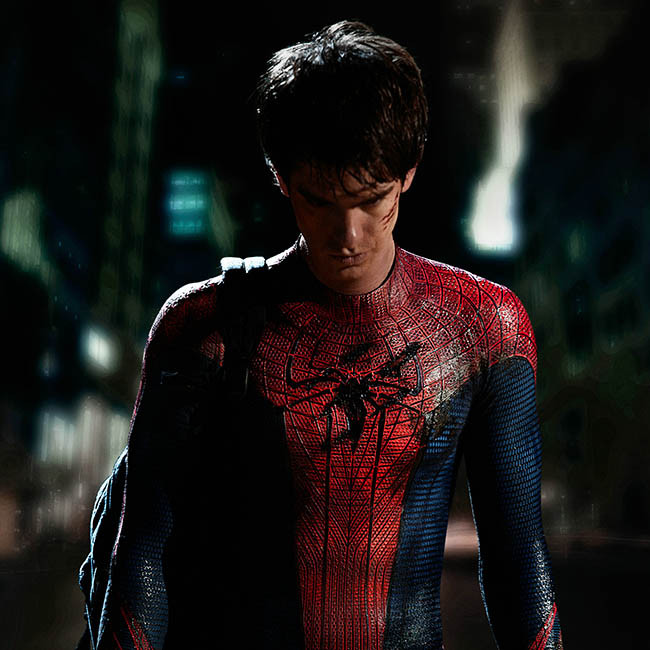 Andrew Garfield thinks it would be a "cool idea" for him to return as Spider-Man in a new film.

The 37-year-old actor - who played the iconic character in 2012's 'The Amazing Spider-Man' and its 2014 sequel - was rumoured to be returning to the franchise to feature in 'Spider-Man: No Way Home' alongside fellow former web-slinger Tobey Maguire and current incantation of the character Tom Holland, but he insisted he hasn't yet been approached for the project.

"Listen, what people are talking about is a really cool idea. And again, I haven't received a phone call, but, you know..."

And Andrew admitted speculation he'll be playing Peter Parker once again is "weird" because it's not something he's thought of until now.

Asked if he'd be interested in a return, he said: "It's weird.

"It's not something I've really thought about because I closed the book on it for myself and I haven't had to think about it.

"So it's not something that I've really considered. So, yeah, that's my honest answer."

The upcoming movie is rumoured to be a multi-verse adventure, meaning a host of big-name actors and actresses - including the likes of Jamie Foxx, Alfred Molina, Kirsten Dunst and Emma Stone - are expected to make appearances in the star-studded project.

Tom recently teased the film will be "the most ambitious standalone superhero movie ever".

He said: "I can say that it's the most ambitious standalone superhero movie ever made. You sit down, read the script, and see what they're trying to do, and they're succeeding. It's really impressive.

"I've never seen a standalone superhero movie quite like it. And I'm just, you know, again, that lucky little s*** who happens to be Spider-Man in it."