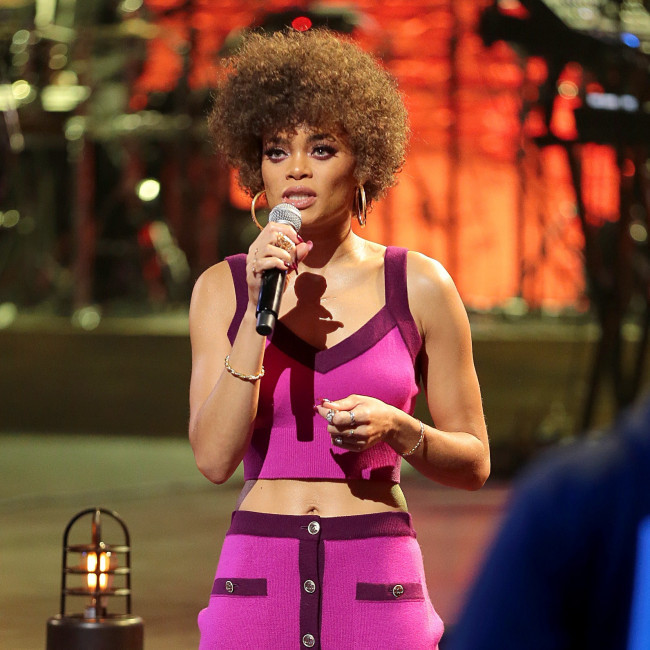 The 36-year-old actress-and-singer went through a major body transformation and consumed alcohol and tobacco to play the late jazz legend in Lee Daniels' upcoming biopic, 'The United States vs. Billie Holiday'.

Based on the book 'Chasing the Scream: The First and Last Days of the War on Drugs,' the documentary film follows Holiday (Day) in the 1940s as she is targeted by the government in an effort to racialise the war on drugs, ultimately aiming to stop her from singing her controversial song, 'Strange Fruit'.

And in order to depict the 'I’ll Be Seeing You' hitmaker's heavy drinking and heroin addiction and to get a "period body", Andra decided to lose weight, which made her feel "very weak on set", drink gin and bourbon, and smoke, despite not being a drinker or smoker.

In an interview with W magazine, she said: "There was the drastic weight loss. So I was originally 163 when I started. I got down to 124. I don't necessarily recommend.

"For me, it was like I didn't want my body to look like a gym body of 2020, or 2019 at the time. For me, it was important having a period body. The other thing is it made me very weak on set and slowed me down in a way that really helped with the heroin."

The two-time Golden Globes nominee insisted you are "not really supposed to" do any of the above, but it really helped her channel Holiday - who died from complications from cirrhosis of the liver on July 17, 1959 at age 44.

She continued: "I started smoking cigarettes, which I don't do. I don't smoke anything. First of all, I have no frame of reference for myself smoking, so it makes me feel like her. It slows me down. She's like molasses - I'm very fast. And when I had to do scenes where I was high on heroin, it really helped my physical body to nod in a way that I was just focusing on the emotion. And I don't drink alcohol, but I did drink a lot of gin and bourbon and all of that stuff, even though you're really not supposed to do that."

The 'Marshall' star was willing to do anything to her appearance not to be "terrible" at her portrayal of the Grammy-winner.

She added: "Look, I was desperate. I didn't want to be terrible, so I was like, 'Whatever we have to do in this moment, for this role. Cut off all my hair."