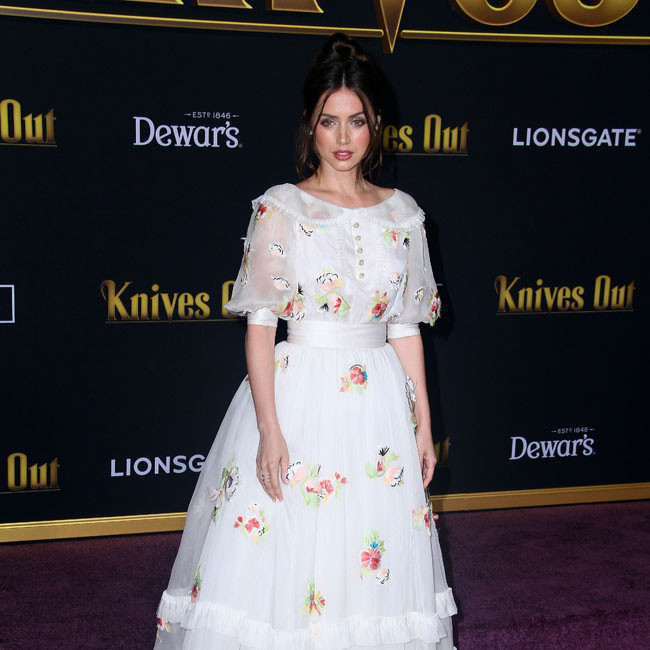 Ana de Armas almost turned down her breakthrough role in 'Knives Out'.

The 32-year-old actress has admitted she almost decided against portraying nurse Marta Cabrera in Rian Johnson's 2019 Whodunnit, because the description for her character of "Latina, caretaker, pretty" put her off.

In an interview with Flaunt magazine, she said: "Things could have been very different. I really pay attention to what that little description is. I'm sure whoever did it wasn't thinking about what that meant but for me, I was just like, 'Oh no, I'm not doing this!' What do you mean-caretaker, Latina, pretty?' I'm very proud of being Cuban and being Latina and I will play the most Latina any Latina has ever played Latina. But it also doesn't interest me that much, all the time. It gets very boring, very quickly and I want to do other things ... and even if you're playing a Latina, not all Latinas are the same... I want to think and believe that I can play anybody, anywhere in the world because the stories I want to tell are universal. I want to be able to tell any story."

Fortunately when Ana came to read the full script, she realized there was a lot more than meets the eye with Marta, and she's thankful she didn't give up the role which would end up making her a Hollywood name.

She continued: "My character was a diamond. When they sent the whole script and I read the whole thing I realized 'oh my gosh I have to do this'. Johnson is a genius. Sometimes humor... sits better with people and people are more open, it resonates more when [the message] is straightforward. I think in this case, it was a very smart thing to do."

The 'No Time To Die' star also admitted she felt "terrified" working alongside huge movie stars such as Daniel Craig, Jamie Lee Curtis, Chris Evans and Don Johnson, to name a few.

Ana added: "I was really nervous, I was terrified. I knew I had a lot of work ahead of me. .. you are working with these people who you've been watching on the screen for so many years, my whole life, and you don't know what they're going to be like. You don't know how they like to work ... how much you can approach [them] ... what their boundaries are. And then my own insecurities as an actor-my English, my accent. Everything was making me very nervous at the beginning."

The blockbuster - which is getting a sequel - centers on detective Benoit Blanc (Daniel) who is sent to investigate the murder of a renowned crime novelist.