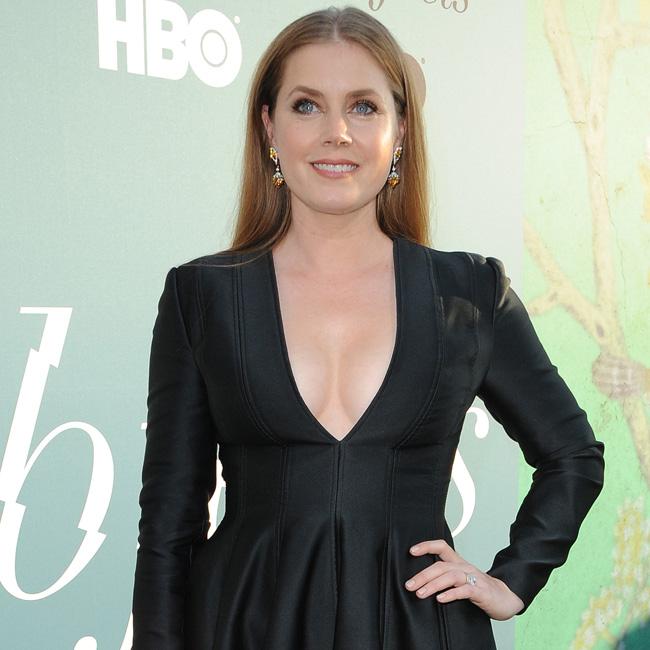 Amy Adams is set to play a woman who thinks she's turning into a dog in 'Nightbitch'.

As per Deadline, the 45-year-old Oscar-winner is reuniting with the Annapurna Pictures team, who have acquired the rights to Rachel Yoder's upcoming debut novel of the same name.

The big screen adaptation of the dark comedy will be executive producer by Yoder along with Megan Ellison, Sue Naegle, and Sammy Scher for Annapurna.

Whilst Adams and Stacy O'Neil will produce under the Bond Group Entertainment banner.

The upcoming motion picture marks the fifth production between Adams and Annapurna, following 'The Master', 'American Hustle', 'Her' and 'Vice'.

A synopsis for the tome on Yoder's website reads: "In 'Nightbitch,' an unnamed woman and former artist, thrust into stay-at-home domesticity after the birth of her son, becomes worried she's turning into a dog. Her husband, who travels for work five days a week, easily dismisses her fears from hotel rooms. Meanwhile, the mother is forced to contend with the very real physical manifestations of her solitary anxiety, with only her two-year-old son for company. As her symptoms intensify, she struggles to keep her alter-canine-identity secret. Finally jolted to action after an impulsive and disastrous encounter with the family cat, she seeks a cure for her condition in an herbal multi-level marketing scheme, a group of mommies all inexplicably named Jen, and Wanda White, a mysterious academic specialising in 'mythical ethnography.'"

The novel will be published by Doubleday in summer 2021.

It's not currently known when production on the movie will commence.

Adams has just finished shooting Ron Howard's 'Hillbilly Elegy' and the Joe Wright's 'The Woman in the Window'.

Meanwhile, the Hollywood star recently admitted she doubts that she will play Lois Lane again in a DC Comics movie.

The 'Arrival' star portrayed the Daily Planet journalist, who is Superman's love interest, in three films, most recently in 2017's 'Justice League', but admitted that she is unlikely to play the character again as the DC Extended Universe is now going in a "different direction".

She said: "I would totally be open to playing Lois but I think (the studio is) moving in a different direction, from what I understand."

Adams had always played Lois opposite Henry Cavill as Superman, starting in 2013's 'Man of Steel'.