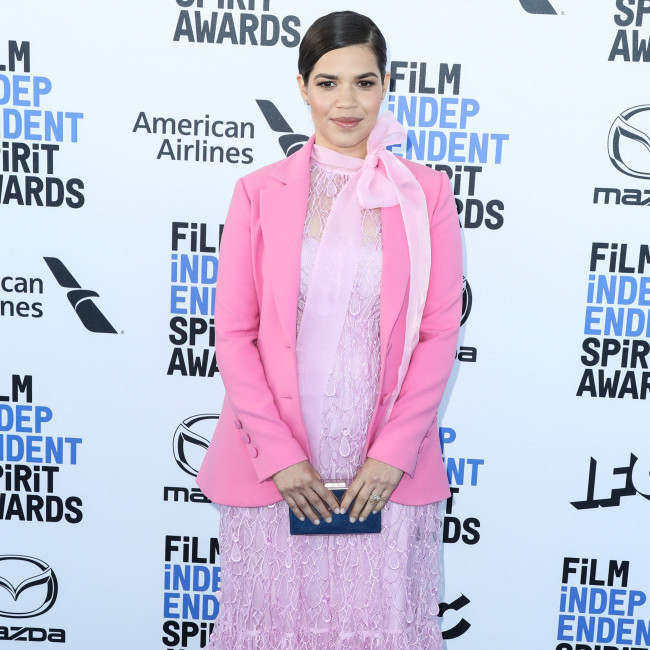 America Ferrera has become the latest star to join the 'Dumb Money' cast.

The film focuses on the January 2021 "short squeeze" movement around the video game retail chain GameStop. The incident saw users of the Reddit page 'Wall Street Bets' come together to increase the stock values of the company, which had been suffering from lagging stock prices for several years.

The situation resulted in major hedge funds and independent short sellers suffering significant financial losses and led to calls for more regulation of the stock market.

The movie puts the spotlight on the Reddit users behind the squeeze and principal photography on the project is now underway.

It is based on the book 'The Antisocial Network' by Ben Mezrich. Rebecca Angelo and Lauren Schuker Blum are adapting the story for the big screen.

Sony landed distribution rights for the movie after it was announced at the Toronto Film Festival this year.

America has also been cast in the hotly-anticipated new 'Barbie' movie and will join stars such as Margot Robbie, Ryan Gosling and Simu Liu in the project.

The 38-year-old star's part in the film - which is slated for release in July 2023 - has not been disclosed.

Greta Gerwig and Noah Baumbach have written the script for the Warner Bros movie, with the former set to direct.

Margot will produce the movie via her LuckyChap production company alongside her husband, LuckyChap’s Tom Ackerley.