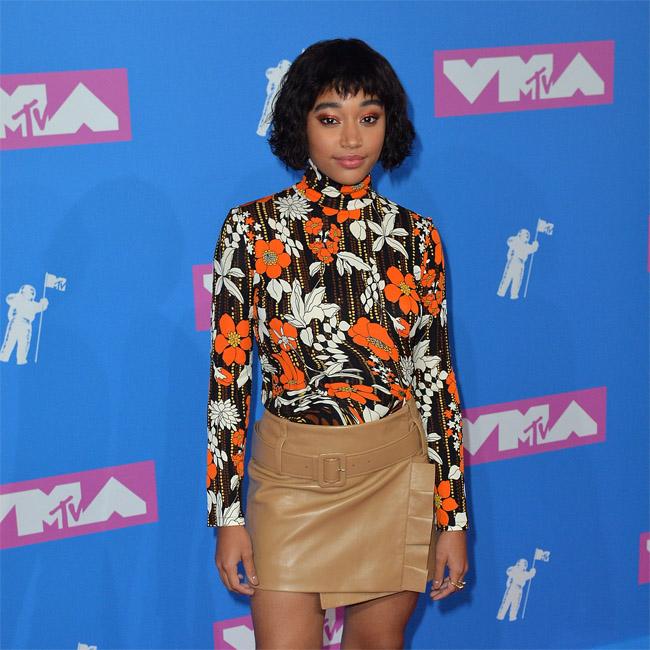 Amandla Stenberg is set to star in Universal's 'Fear' remake.

The 20-year-old actress - who is best known for her role as Rue in 'The Hunger Games' and Starr Carter in 'The Hate U Give' - has joined the re-imagining of James Foley's 1996 psychological thriller with Jonathan Herman writing the screenplay.

The original film follows a wealthy family whose existence is threatened when their daughter, 16-year-old Nicole Walker (Reese Witherspoon), begins dating the attractive and mysterious David McCall (Mark Wahlberg), much to the dismay of her father Steven (William Petersen).

David eventually wins over most of Nicole's family members, excluding her father; however his adoration soon turns to obsession and his violent sociopathic traits are revealed.

'Fear' opened at number four at the box office, making $6.3 million in its opening weekend and by the end of its run the film earned $20.8 million in the US.

Amanda recently joined upcoming eight-part musical drama 'The Eddy' which is expected to debut in 2020.

The Netflix show revolves around a club in Paris and Stenberg will play Julie, the teenage daughter of Elliott (Andre Holland) who shows up suddenly in Paris and forces him to face his past.

Stenberg also joins Joanna Kulig on the show, who will Maja, a singer who is struggling to commit to Elliot, her on-again-off-again partner.

The show was created by Damien Chazelle and written by Jack Thorne and Chazelle will direct several episodes of the series, with original music written by Glen Ballard.