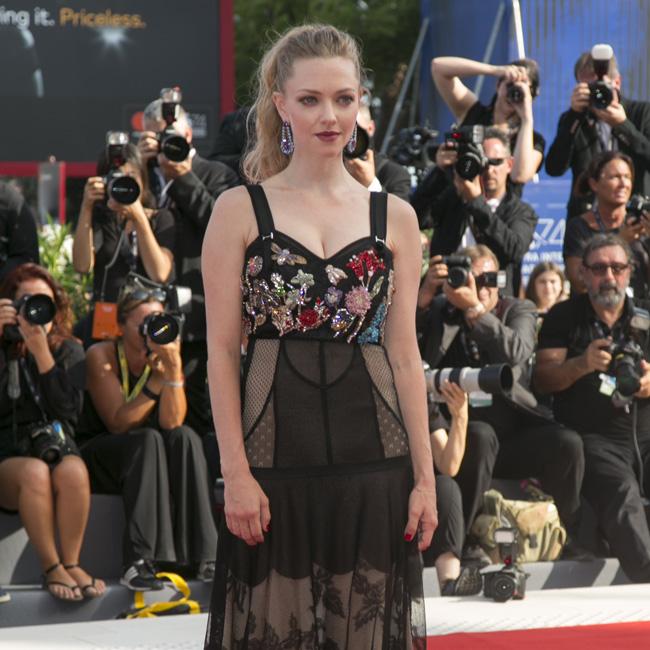 Amanda Seyfried to star in Things Heard and Seen

Amanda Seyfried is set to star in 'Things Heard & Seen'.

The 33-year-old actress is reportedly in negotiations to star in the upcoming supernatural thriller, which is being set up at Netflix, according to The Hollywood Reporter.

If Amanda bags the role, she will play one half of a young couple who move to a farm near a small town in upstate New York. Their new home is cursed by the murder of its former owners and as haunted secrets reveal themselves, the husband and wife's own marriage reveals itself to have a darkness of its own.

Amanda's character is also said to be struggling to adjust to the small-town life when she comes to believe her house is haunted.

'Things Heard & Seen' is an adaptation of a book named 'All Things Cease to Appear' by Elizabeth Brundage, and sources tell The Hollywood Reporter that the tone of the movie will be similar to Netflix's acclaimed series 'The Haunting of Hill House'.

Production is set to begin later this fall, and the project will be co-directed by Shari Springer Berman and Robert Pulcini - who were nominated for an Oscar for 'American Splendor' - who also wrote the script.

For Amanda, the role comes as she was recently announced to have also picked up a role in feature drama 'A Mouthful of Air', which also stars Finn Wittrock, Amy Irving, Jennifer Carpenter, and Paul Giamatti.

The movie is based on Amy Koppelman's 2003 book of the same name, and the author will also direct the feature.

The script examines the relationship between the creative process and mental illness, and Amanda will star as Julie, a new mother and children's book author, who escapes into the bright Crayola colored world of her creation in order to leave behind the darkness caused by her post partum depression.