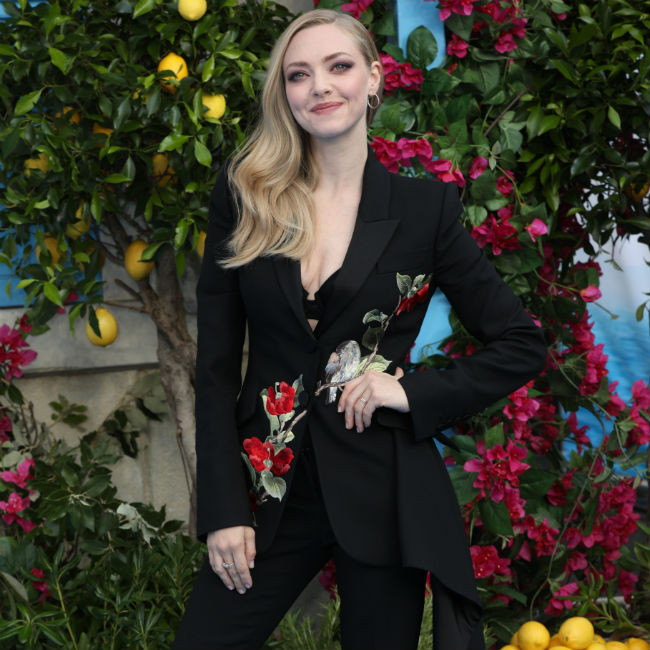 The pair co-star in David Fincher's 'Mank' as screenwriter Herman J. Mankiewicz and actress Marion Davies and Amanda was impressed by how down-to-earth Gary was.

She told Variety: "Gary is the perfect person to work with, because he’s not precious. If he’s feeling insecure or frustrated, or he can’t remember a line, or whatever it is that frustrates the hell out of people, it goes in and it goes out. You don’t have to touch him with kid gloves or walk on eggshells around him. He just moves on from the moment and just stays present, and it’s really amazing.

"Gary is just as present as anybody can be, playing a person who is so vastly different than Gary in a lot of ways. Gary is as funny, I think, as Herman Mankiewicz. And we — myself, Amanda, and Gary — relate to each other very similarly to the Mank and Marion relationship."

And Amanda revealed she did a lot of research in order to portray Marion.

She said: "I’m getting a lot from the writing, of course, and that’s where you start. Then I just had to watch a lot of her movies, to feel her — to feel like I’m in the room with her a little more. There was an autobiography that is hilarious, taken from memories. She had been interviewed much later in life, about a decade before she died, and it was just her recalling her life, which is amazing. She clearly had a good time.

"You collect all these things, as much as you can find. And then you’re like, 'Let’s pull the essence out of it'."