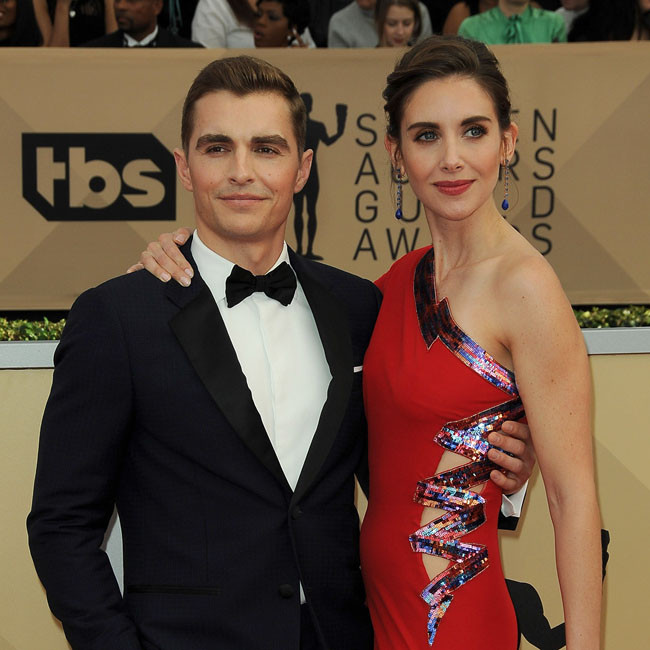 The couple - who tied the knot in 2017 - wrote a romantic comedy together during the Covid-19 lockdown, and while Alison, 37, admitted they continue to meddle with the script, they are currently in the process of auditioning actors and finding producers for the film.

She told The Hollywood Reporter: "I think we will continue to be refining it even while we're shooting it. We definitely are continuing to refine it, but yes, we've shown it to our reps. I don't want to reveal too much, but we're in the process of attaching actors and producers right now, so it's moving forward."

Alison also gushed about her husband, whose directorial debut 'The Rental' topped the drive-in chart and digital/iTunes chart after being released this year.

She said: "What an incredible surprise. I'm obsessed with The Rental. Obviously, I love it on a number of levels since my husband wrote and directed it. I'm just so proud of him. And yeah, it's been a very strange silver lining to this year, but it doesn't quite balance out all the bad things that have happened. Obviously, it's been a very unique year for movies and the way that people are watching movies is also very different now. So there had to be a perspective shift from our point of view in terms of how the movie was going to be released.

"But it was incredibly rewarding to see how people have reacted to The Rental. I actually think that having a drive-in and VOD release somehow connected people with it on an even deeper level. The movie deals with this real intimate nature of being filmed in your home, and with people watching it in their homes, maybe it resonated with people more."