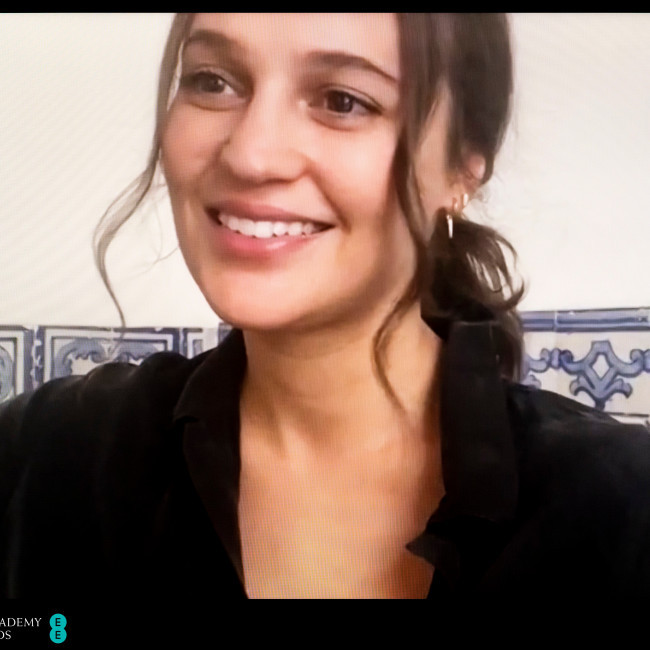 The trio met with BAFTA Chair Krishnendu Majumdar over video conference to discuss this year's shortlist of new and up-and-coming talent within the movie industry.

Alicia, Naomie and Jo were accompanied on the panel by a number of industry experts to debate which stars should be considered for the award.

Voting for the accolade will open to the public on March 3 with the BAFTA Ceremony will be held on the later date of 11 April due to the ongoing coronavirus pandemic.

Previous winners of the awards include James McAvoy, Tom Hardy, Kristen Stewart and Letitia Wright. It is the only BAFTA category to be voted for by the public and is now in its sixteenth year.

Alicia said: "Being a BAFTA EE Rising Star nominee was a significant marker in my career and it is an honour and delight to deliberate the shortlist for this year's award alongside the impressive panel of jurors.

"In what has been a tumultuous year for the industry, watching these new faces has given me hope and excitement for the years of film to come."

Naomi added: "It's been a huge honour for me to deliberate over this year's hugely talented candidates. It's really been hard to pick just five actors for this year's shortlist and I'm certain I'll be enjoying all these actor's work for a long time to come.

"The industry is bursting with talent and with the last year that we've collectively faced, I'm so grateful projects are still being made. For me and I'm sure many others, art, in its many mediums, is an important and needed respite while we adapt to our new reality."

Jo said: "Film has truly been an escape during this isolation period. Not only keeping me entertained but really inspiring me from a professional point of view. It is an absolute honour to join the EE Rising Star Award 2021 jury to celebrate the fresh faces on our screens and I cannot wait to see what this next generation of talent goes on to achieve. The Award is an enviable accolade, and I can't wait for the public to see the shortlist."