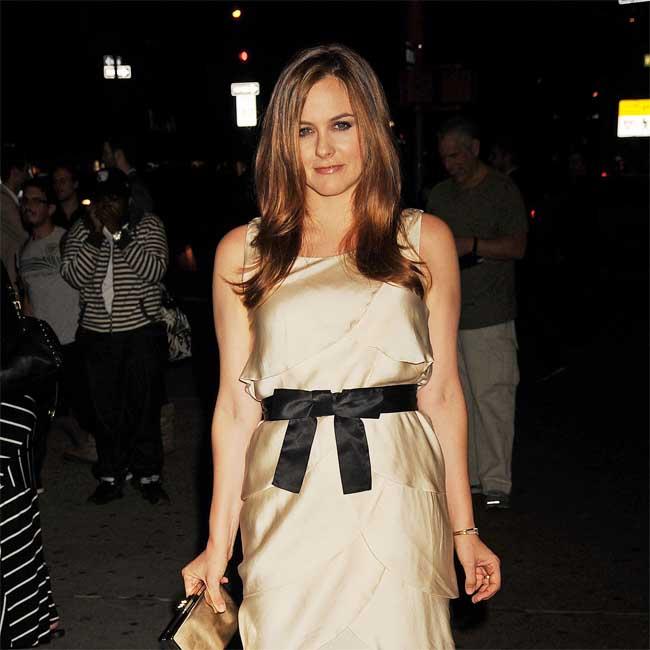 Alicia Silverstone admits to being 'overwhelmed' by fame

The 43-year-old actress - who rose to international prominence after her starring role in the 1995 comedy hit 'Clueless' - has admitted she struggled to cope with her celebrity status during her younger years.

She shared: "I was so overwhelmed by being famous because I was such a young girl and it was never really my intention."

Alicia thinks finding fame and success at such an early age means she "missed some emotional steps".

However, she also acknowledges there were some positive aspects to her early success.

She told the Guardian newspaper: "I think I probably missed some emotional steps that needed to happen in a normal situation of development.

"But I also jumped light years ahead in other ways. It's sort of a combo platter. You gain some and you lose some."

Alicia also revealed she never struggled to get her voice heard in the movie business.

She said: "Unfortunately or fortunately, I do not know, I've never had that problem with my work.

"I have had it in my personal life, learning to have a voice in my real life has been harder than having a voice in my work life. Maybe it's because I had success at a young age and sometimes maybe to my detriment, when I should have been wrangled.

"I just stupidly didn't have a very political point of view on it. I would sort of just light the house on fire by accident and not be aware of the consequences until it was over and be like, 'Oops maybe I shouldn't have said that.'"