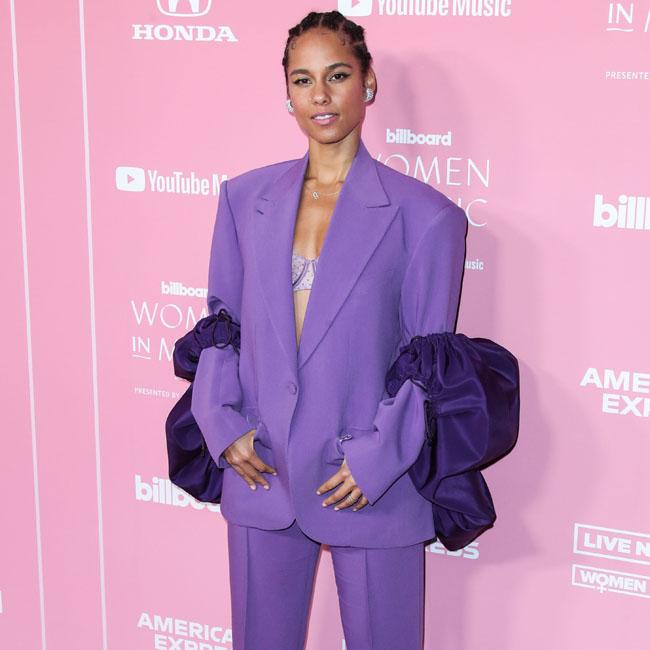 Alicia Keys is to produce a romantic comedy for Netflix.

The 'Empire State of Mind' singer is attached to the untitled project, which is being directed by Steven Tsuchida.

The project explores the bonds of love and family and is set to star Jay Pharoah and Sinqua Walls. The script has been penned by Dana Schmalenburg and Rheerqrheeq Chainey.

It focuses on aspiring pop star Erica, who reluctantly takes a gig on a luxurious island while suffering a career meltdown - only to discover that it is her former fiancé Jason's wedding.

Erica does her best to keep their romantic history a secret from his new bride, Beverly, but she soon rekindles her feeling for her ex, despite his brother Caleb's best attempts to extinguish their romance. It soon becomes a question of whether Erica sings at Beverly's wedding, or her own.

Alicia is producing the movie for her AK Worldwide banner and filming is set to take place in Mauritius. The 39-year-old singer recently collaborated with Netflix by producing dance comedy 'Work It'.

The flick stars Sabrina Carpenter as an awkward teenager who forms a team of "bold and fearless misfits" to compete against the high school's dance team that rejected her in the national dance championship and the star hopes that the movie is a "ball of hope" amid the coronavirus crisis.

The 21-year-old actress said: "I'm very, very excited about 'Work It' coming out and when it's coming out. It's like a ball of hope and fun energy, and it really makes you feel good. Things like that have been helping me a lot in this pandemic."