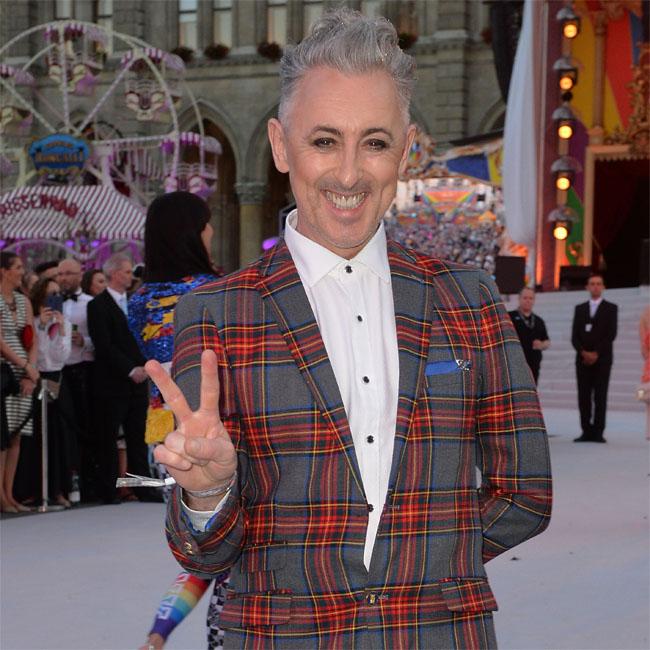 The 54-year-old actor played Nightcrawler in the 2003 film 'X2: X-Men United' and he has vowed to never take part in another fan convention for the Marvel superhero franchise again, because he finds them "mortifying".

"I did one called 'Collectomania' and the emphasis was on 'mania'.

"They paid me lots of money and flew me in, and then guess where it was? A shopping mall in Milton Keynes!

"There were lots of people and everyone was very nice, but you had to wait to get paid in cash - it was mortifying.

"When I got back to the hotel, I put all the money all over my chest and made my husband take a photo so I wouldn't forget what a whore I am!"

The 'Spy Kids' star was rumoured to be reprising his role as the mutant villain in 2014's 'X-Men: Days of Future Past' but it never materialised.

Discussing the popularity of Nightcrawler in a previous interview, Alan said: "It was funny that film because I really like it and everyone really responded to Nightcrawler. Enough time has elapsed that I would like to go back to it."

Referring to 'Days of Future Past', which was helmed by Bryan Singer and featured an ensemble cast - including Hugh Jackman, James McAvoy, Michael Fassbender, Jennifer Lawrence, Halle Berry, Nicholas Hoult, Anna Paquin, Ellen Page, Peter Dinklage, Sir Ian McKellen, and Sir Patrick Stewart - he added at the time: "I haven't gotten the call. Someone told me that Nightcrawler doesn't appear in the story but I don't know, I think they would have called by now."