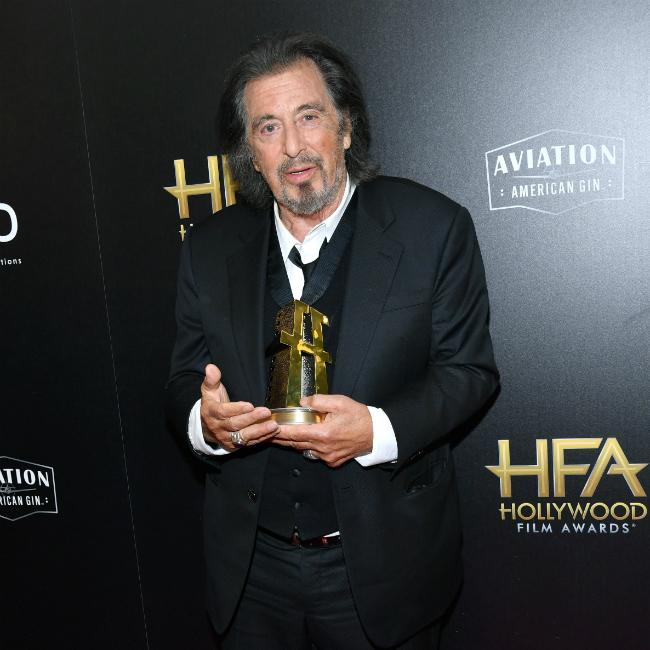 Al Pacino would use de-ageing technology to star in the 'Heat' prequel.

The 79-year-old actor and his co-star Robert De Niro - who played Lieutenant Vincent Hanna in the 1995 film alongside De Niro as Neil McCauley - would consider adopting technology to star in the new movie, being worked on by Michael Mann.

Pacino said: "You mean go younger? That I would do for sure."

Pacino used the technology in his role in the new Martin Scorsese film 'The Irishman' and admits getting ready for it by having the dots installed on him was part of the "preparation" and like a form of "make up" on set.

He told The Independent: It"s odd because, when you're making a film, it's all about accepting whatever's going on. You'll do anything for the context of the film, whether you put a bonnet on or whatever. We had little dots on us, which I got to like after a while. Putting them on became a form of preparation. It was my make up."

Pacino previously revealed he and De Niro have "helped each other" through life.

He said: "Early on in our careers, we connected from time to time and we found we had similar things happening to us. Our lives took on a whole different kind of thing. [Camaraderie] got us together ... We're really close. We don't see each other very much, but when we do, we found we shared certain things. In a way, I think we've helped each other throughout life ... We had a chance to explore that again. I don't think we talked about it consciously. It came relatively easy, as those things go."