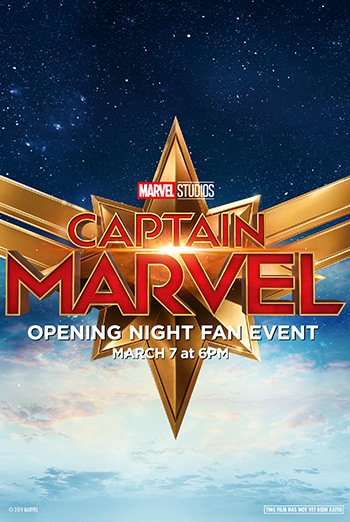 On March 7th, Captain Marvel fans can be among the first to experience the new Marvel Studios film at the Opening Night Fan Events. In addition to watching the film early, fans attending will receive a collectible coin and a FREE medium popcorn.