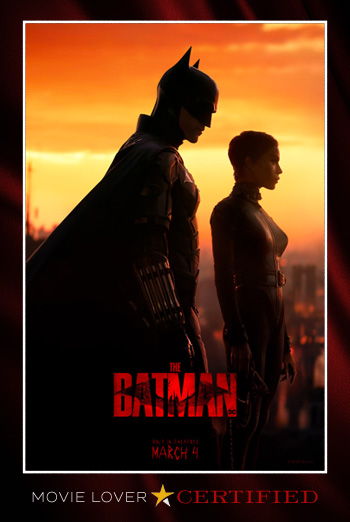 Starring alongside Pattinson (“Tenet,” “The Lighthouse”) as Gotham’s famous and infamous cast of characters are Zoë Kravitz (“Big Little Lies,” “Fantastic Beasts: The Crimes of Grindelwald”) as Selina Kyle; Paul Dano (“Love & Mercy,” “12 Years a Slave”) as Edward Nashton; Jeffrey Wright (“No Time to Die,” “Westworld”) as the GCPD’s James Gordon; John Turturro (the “Transformers” films, “The Plot Against America”) as Carmine Falcone; Peter Sarsgaard (“The Magnificent Seven,” “Interrogation”) as Gotham D.A. Gil Colson; Jayme Lawson (“Farewell Amor”) as mayoral candidate Bella Reál; with Andy Serkis (the “Planet of the Apes” films, “Black Panther”) as Alfred; and Colin Farrell (“The Gentlemen,” “Fantastic Beasts and Where to Find Them”) as Oswald Cobblepot.