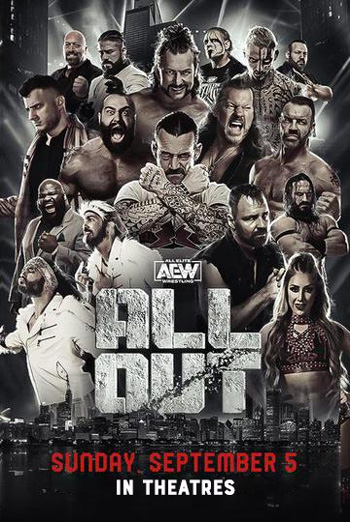 All Out is a professional wrestling pay-per-view event produced by All Elite Wrestling (AEW) and scheduled for September 5 at the Now Arena in the Chicago suburbs. All Out is one of AEW's “Big Four" signature events, which also includes Double or Nothing, Full Gear, and Revolution, their four biggest shows produced quarterly. All Out will feature many of AEW’s biggest celebrities, including AEW world champion Kenny Omega, TNT champion Miro, long time star Chris Jericho, the Young Bucks, and more.