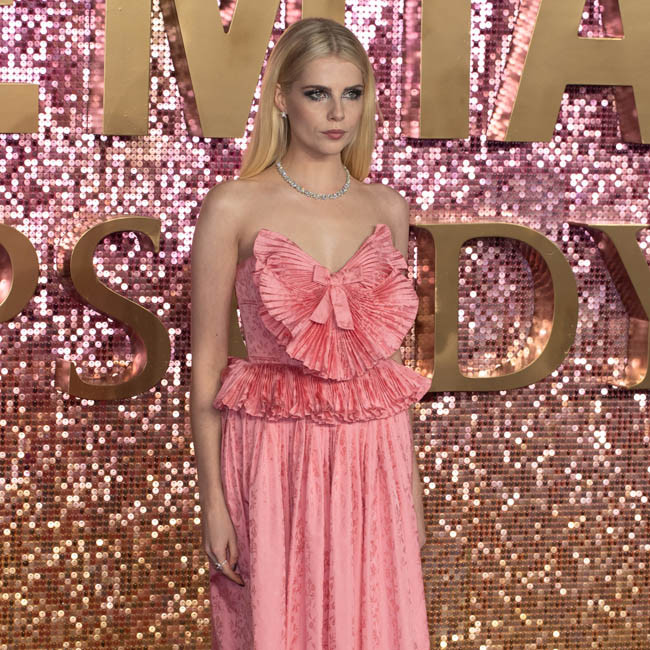 According to Deadline, the 'Bohemian Rhapsody' star - who played late Queen frontman Freddie Mercury's (Rami Malek) lover Mary Austin in the 2018 blockbuster - has landed the role of the queen consort of King Louis XVI of France.

Kelvin Harrison Jr. was previously confirmed to be playing the titular role in Stephen Williams' movie.

'Snake Eyes' actress Samara Weaving is also on board as Marie-Josephine.

The script is being penned by Stefani Robinson.

Born in 1745 in the French Caribbean, de Saint-Georges (Kelvin Harrison Jr. ) was the illegitimate son of an African slave and a French plantation owner. He rose to improbable heights in French society, dazzling as both a violinist and composer and a champion fencer. An ill-fated love affair with a French noblewoman and a falling out with Marie Antoinette and her court led to his untimely downfall.

Meanwhile, Lucy has another biopic on the way.

The 27-year-old movie star will play Marianne Faithfull in 'Faithfull'.

The film will tackle the life of the singer and will focus on her much-publicised relationship with Mick Jagger and her later descent into heroin addiction.

Lucy is collaborating with filmmaker Ian Bonhote on the project.

He said: "Marianne is an extraordinary woman who rebelled against the male dominated music industry. The film will explore female-issues as well as the injustices she suffered in her quest to be recognised as an artist."

In reference to Lucy and producer Julia Taylor-Stanley, Ian added: "I'm honoured to collaborate with Lucy and Julia to shine a light on Marianne's timeless story."

Marianne, 74, revealed that she is "delighted" about the biopic being made.

She said: "I am delighted that my story is finally being made with my dream team of Lucy, Julia and Ian."

Marianne's talent was first discovered at a Rolling Stones gig in 1964, before Mick and Keith Richards wrote her debut single 'As Tears Go By'. She then embarked on a relationship with the Stones frontman between 1966 and 1970. Casting director Sarah Crowe has begun the search for an actor to play the music icon.

As well as documenting her meteoric rise to fame, the film will show the aftermath of her relationship with Mick, when she became a drug addict and ended up living on the streets during the early 1970s.