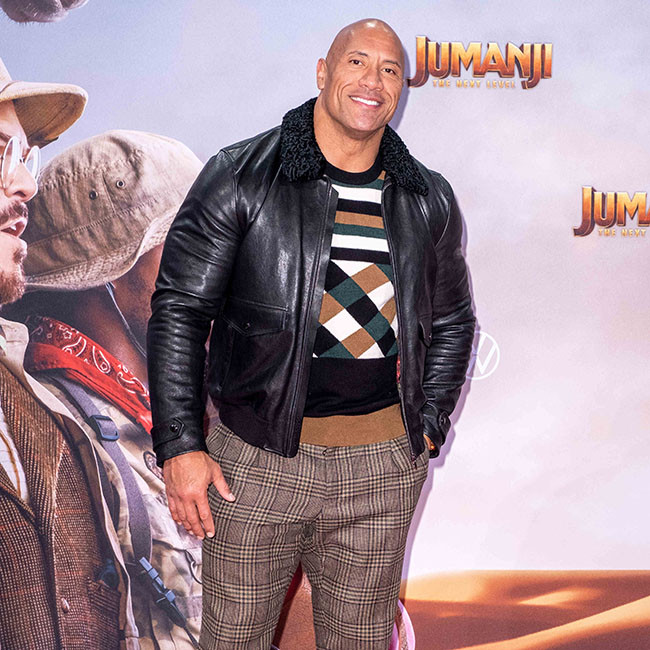 Dwayne Johnson 'is the Dirty Harry of superheroes in Black Adam'

Dwayne 'The Rock' Johnson plays "the Dirty Harry of superheroes" in the new Black Adam movie.

The wrestler-turned-actor plays the central role in the upcoming superhero film, and director Jaume Collet-Serra has likened Dwayne's character to Clint Eastwood's part in the 1971 hit.

Jaume - who previously worked with Dwayne on 'Jungle Cruise' - told Variety: "Having just done a romantic adventure comedy where he’s very light, I was really attracted to getting the dark version of Dwayne. Basically, turning him into Clint Eastwood in a Western.

"I didn’t have to convince people that I was right for this one in the same way that I did for ‘Jungle Cruise'. It’s like things I’ve done with Liam [Neeson], that tough-guy antihero who has a heart. The world is not black and white. The world is in grey areas, so you need these people that are riding that grey area."

Dwayne previously promised that the Black Adam movie will be "unique" and "cool".

The Hollywood star took to Instagram to give his followers an insight into his preparations, as he readied himself to shoot the last scenes for the film.

He wrote on the photo-sharing platform: "Appreciate you guys so much for all the BLACK ADAM support - I think we’re making a movie and creating a universe that’s definitive, unique, bad a** and cool. (sic)"

Dwayne also posted a video showing what he was eating and drinking in order to be in the best possible shape for the film.

He captioned the video: "This coming week is a big one - our final week of production for the filming of BLACK ADAM [lightening emoji]

"All the training, the diet, with Covid it’s been 2 years of character, story and production prep and it all culminates to next week.

"Here’s a look at my breakfast/

"Dialing all the conditioning in as we save the hardest scenes for last. (sic)"