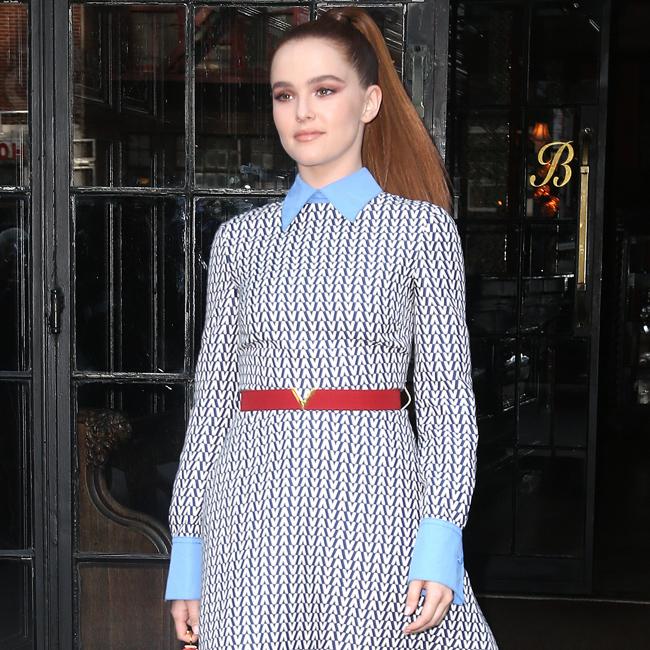 Zoey Deutch wanted to be an actress from the age of three.

The 25-year-old actress launched her career when she was 15, with a role on the Disney Channel original series 'The Suite Life on Deck' as Maya, Dylan Sprouse's alter-ego Zack Martin's love interest.

The 'Why Him? star has revealed she knew when she was just a tot what her dream job was and that role-playing with her Barbie dolls inspired her aspiration, but her parents wanted her to wait a few years before pursuing her career.

She said: "I was three years old when I decided I wanted to be an actress. "I was really getting into my made-up storylines of my Barbie and her dream boat crashing and her break-up with Ken, but my parents were very hesitant about letting a three year old act professionally.

"Finally, they let me try out for a part on a Disney sitcom called 'The Suite Life on Deck'. I played Zack's girlfriend, and Zack was played by Dylan Sprouse."

The 'Vampire Academy' star - who appears in Ed Sheeran's music video for 'Perfect' - also revealed that she had to have people cool her down with blow-dryers on the set of 'The Suite Life on Deck' because she was "sweating" with nerves when filming alongside heartthrob Dylan.

Asked if it was nerve-wracking, she told W magazine: "Yes. I have a sweating under the armpits problem, and they would put me in these tight shirts.

"We had tapings in front of a live audience, and there would be five people with blow-dryers trying to dry me off.

"Other than the sweat, it was great."