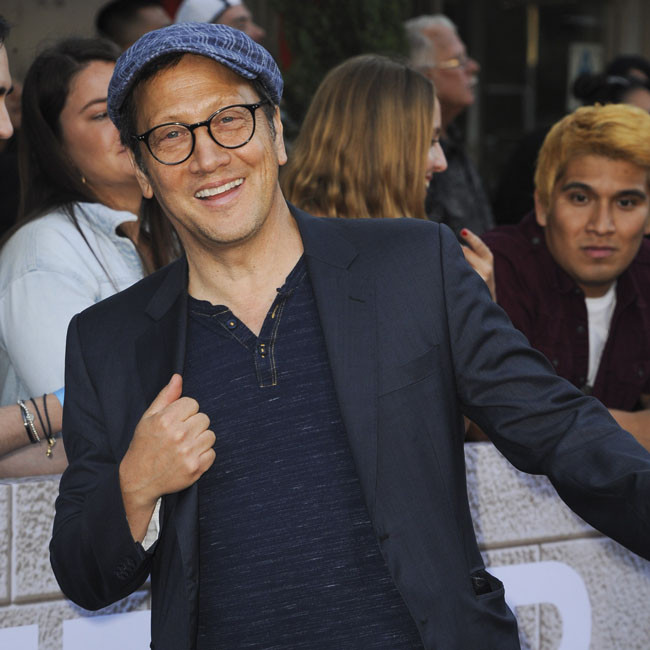 Rob Schneider has joined the cast of 'Dead Wrong'.

The 58-year-old actor is attached to star in writer-director Rick Bieber's indie flick, which is based on K.E Clark's novel 'Deadly Instinct'.

The flick follows Billy Evans (Smith), a narcissist of psychotic proportions who schemes to steal his young son to obtain a multi-million dollar insurance settlement as he is jealous over the wealth accumulated by his best friend and mob boss (Hanks).

In doing so, he sets off a chain reaction that impacts on his suicidal wife (Bowden), her young sister (Debo) with who he is having an affair, a gambling and alcoholic lawyer (Schneider), a Brooklyn bookmaker and murderer (Bitton), a rural ex-criminal (Shields) seeking approval from his wife (Ward) and an insurance investigator (Williams).

The film is currently in production in Los Angeles and Bieber is producing the project with Kenneth Clark and Richard Simeone.

Rob rose to fame as a cast member on 'Saturday Night Live' during the 1990s and has also appeared in movies such as 'The Beverly Hillbillies', 'Home Alone 2: Lost in New York' and 'Demolition Man'.

Schneider is the father of the singer Elle King and the 'Ex's & Oh's' hitmaker credits him with being her "biggest supporter" following a strained relationship during her childhood.

She said: "Honestly, he's probably my biggest supporter. Like, every other day I'll get texts in all caps of like, 'Your record's gonna change the world! I can't wait for your fans to hear what you've made! I love you! I'm so proud of you!' And that's a beautiful, wonderful thing."