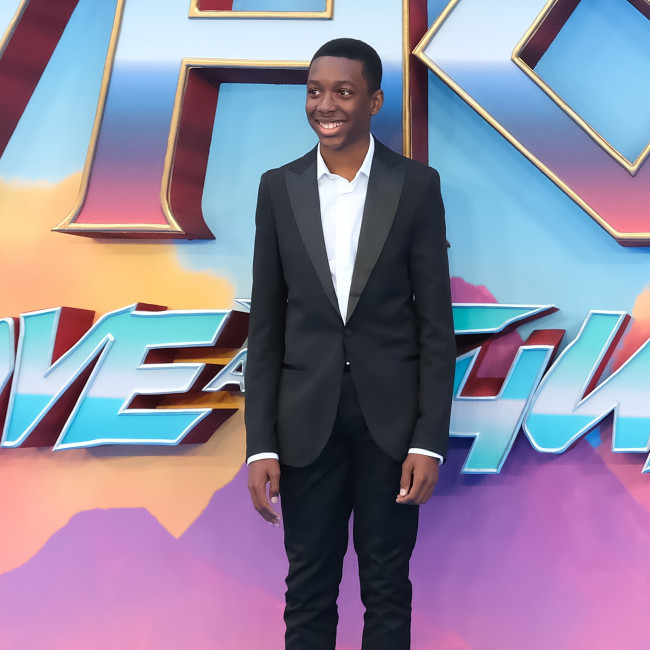 Kieron L. Dyer says it was "crazy" working with Christian Bale on 'Thor: Love and Thunder' because his character is so "terrifying".

The rising star portrays Axl, the son of Heimdall and Grace, in Marvel's 2022 blockbuster, and he learned a great deal from Thor actor Chris Hemsworth and Gorr the God Butcher portrayer Bale.

He told comicbookmovie.com: "I definitely got to learn a lot from them. I think it meant a lot to me as well because I’d followed Chris Hemsworth’s journey as Thor throughout the MCU from the first Thor film to all The Avengers films, and I always really admired Christian Bale as an actor from The Dark Knight and Terminator. I was really excited when I found out I’d get to work with them and I learnt so much just by working with them and watching how they work. In my scenes with Chris, we played around with the lines a bit and I learnt a lot about improvisation. With Christian Bale, it was more about how he embodied his character. He’s terrifying in this movie and being with him and acting side-by-side with him was crazy."

Kieron also shared how director Taika Waititi made the set a fun place to be, and how he loved blasting Guns N' Roses.

Asked if it was fun seeing him at the helm, the actor said: "Definitely. I couldn’t imagine when I watched Thor: Ragnarok that I could have ever dreamed about being able to work with Taika on the sequel to that movie. Working with him was so great. He’s such a funny, cool guy and really creative. He made such a funny environment on set and there was always singing and dancing. He was always playing songs, especially Guns N’ Roses. I learned a lot just from watching him and the way he directs. Just the way he thinks and thinks about the storyline of the film and the detail that goes into making it and what he did making Ragnarok as well. I’m so glad I got to work with him. "