Winona Ryder was so 'supportive' of Heathers: The Musical 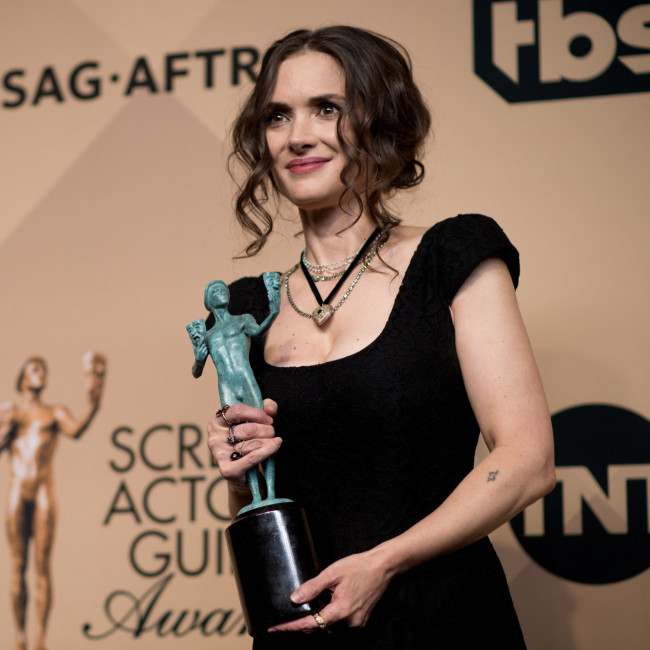 Winona Ryder was so “supportive” of ‘Heathers: The Musical’, says the producer.

The 50-year-old actress - who played the lead Veronica Sawyer in the 1989 dark teen satire - loved the production but got one of her beloved lines put back in the first run of the show in Los Angeles, and now it's a "protected" piece of dialogue, according to Andy Fickman.

He told Collider: “When Winona came to see it, she was so lovely. Obviously, everybody in the cast was on edge. She was sitting next to Dan Waters. At that point, Dan knew the show inside out. Afterwards, Winona came up to all of us and she was so supportive, but she said we had cut a line from the movie that she loved, about patronising bunny rabbits. Kevin, Larry and I looked at each other and we knew it was not in the script, so we promised her, in that moment, 'Tomorrow, it’ll be in the show and it’ll never come out.' That line is the most protected line in the show. It has never come out."

He said: “Christian was such a lovely person, as well. In New York, we snuck him into the theater to see the show, and then he went on stage afterward and put on the trench coat. He was also nothing but supportive for all of it. Lisanne has talked to the cast about those moments of making the movie and why it still holds up. The fact that she was able to bring her children to come see ‘Heathers: The Musical’, there’s that connection. I feel like they’ve all added something to the show and each one of them has been beautifully supportive.”

Andy revealed his next project after ‘Heathers is “turning” ‘13 Going On 30’ into a musical.

Of the 2004 coming-of-age flick starring Jennifer Garner and Mark Ruffalo, he said: “I am currently working on turning '13 Going on 30' into a musical, and I am having the time of my life doing that.”