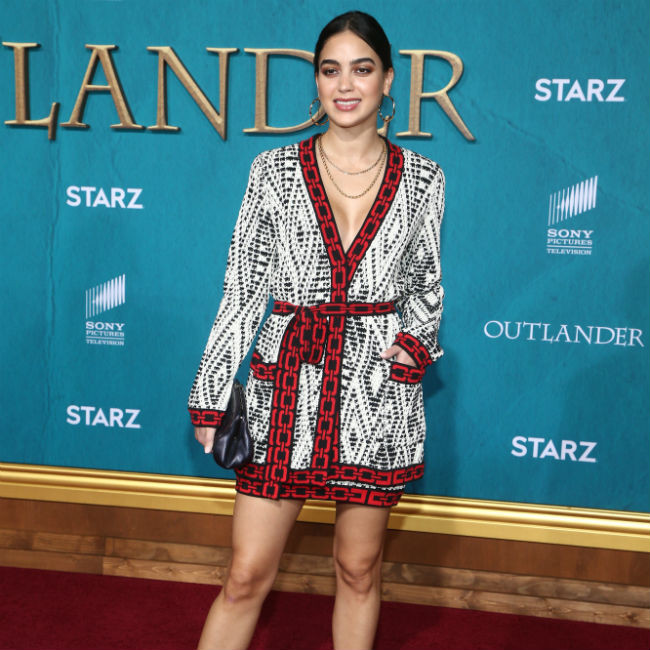 Melissa Barrera would never have considered horror role before Scream

Melissa Barrera would never have considered starring in a horror movie before landing a part in 'Scream'.

The 31-year-old star plays Sam Carpenter in the new slasher flick – which shares its name with the 1996 original movie – but confessed that she would never have entered the horror genre had not been for the popularity of the series.

Melissa told the horror website Bloody Disgusting: "I would've never even looked at a horror script if it hadn't been 'Scream'.

"And so I opened it because it was 'Scream', and because I know how big it is... because I was a huge fan when I was little. And then I loved the character. So I was like... the script is so good and there's the original characters going back... yes, no brainer."

However, Melissa's co-star Jack Quaid revealed that he is a big fan of horror films and liked the way the new 'Scream' movie "commented" on itself.

The 29-year-old actor, who is the son of Hollywood stars Dennis Quaid and Meg Ryan, explained: "I was a horror fan beforehand. I had done one horror movie... and I think I was really into being in a horror franchise staple. And I think 'Scream' is perfect. I really love things that are kind of meta, commenting on themselves."

Jack also compared shooting the movie to featuring in the online game 'Among Us' as there was uncertainty over the whodunnit element of the story.

He said: "In terms of my character... especially in the beginning of filming, we all got different scripts. I was never really quite sure what the situation was.